In what continues to be the worst kept secret: Apple has announced it's Sept iPhone event. It is almost guaranteed that new iPhones will be released and the Apple Watch 4 is also strongly rumoured.

On Thursday Apple sent invitations to select members of the media and special guests for an event on September 12th at 10am (Sept 13th at 3am in Melbourne). The invitation features a circular symbol with a “Gather round” label. The event will be held at the Steve Jobs Theater on the new Apple Park campus.

In usual Apple style the invitation does not say what will be announced but based on history and rumours it is pretty much guaranteed new iPhones will be launch. There are also strong rumours of an Apple Watch 4 being launched. The strongest rumours are that there will be an iPhone XS (5.8 inch OLED screen), iPhone XS Plus (6.5 inch OLED screen) and a lower priced 6.1 inch LED model.

Rumours of a new low cost laptop (MacBook or MacBook Air) and a new Mac mini have also surfaced recently but may follow in a later October event.

Apple unveiled it AirPower charging station last year and is expected to finally make it available. 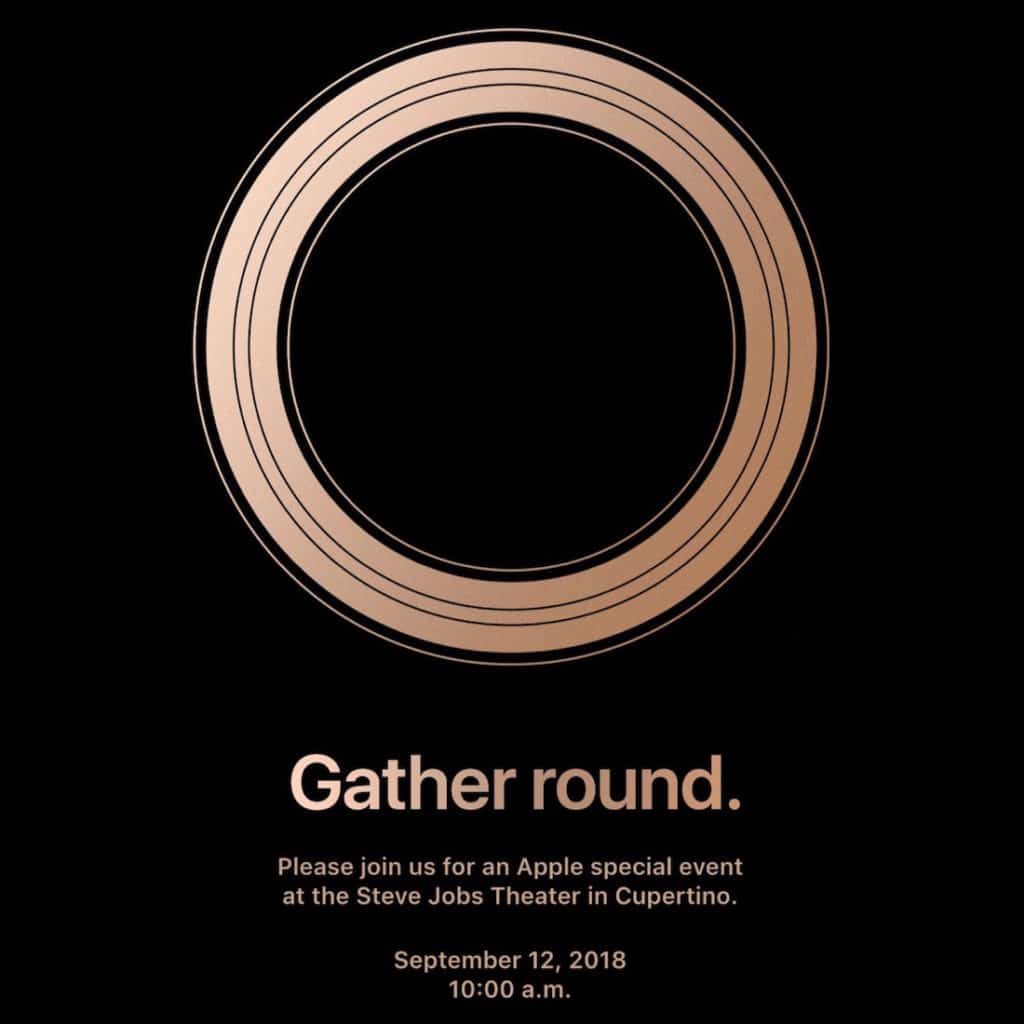